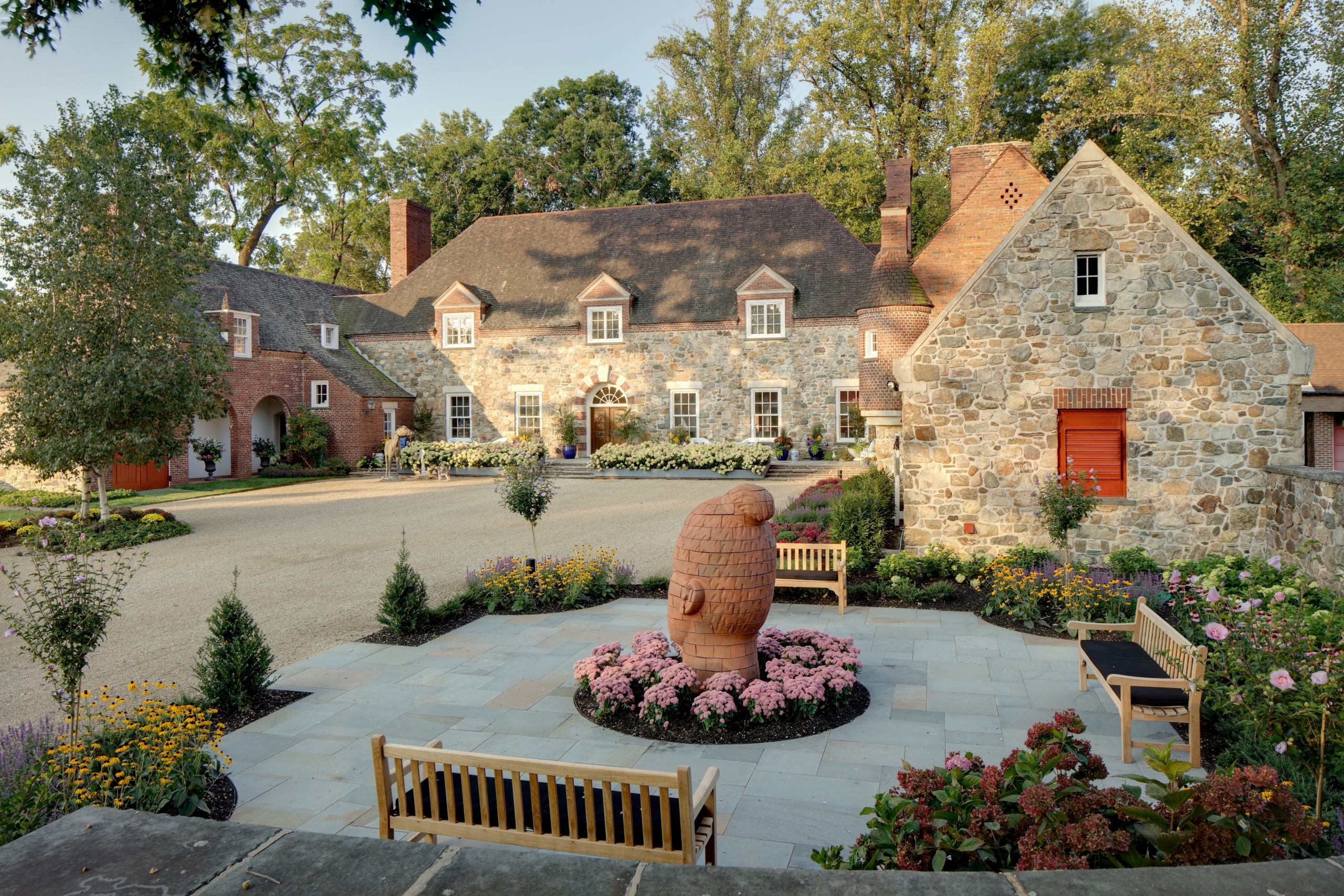 Merging smart home tech with stunning interior design ideas is always challenging and sometimes even risky business, but when you attempt to do it in a room within a 91-year-old mansion, the challenge can be mountainous.

For veteran integrators Rick and Bev Trover of Interchange Technologies and interior designer Jane Petrill of Jane Danielle Interior Designs, that mountain was recently scaled with style and elegance as the trio were part of the Tyvan Hill “Splendor in September” event in New Vernon, N.J.

Conducted bi-annually by The Women’s Association for Morristown Medical Center (WAMMC), this event was actually the 19th Mansion in May effort (original name, before pandemic moved it to September and it was renamed Splendor in September), a signature fundraiser in the form of a Designer Showhouse and Gardens that was open to the public at the Tyvan Hill mansion in New Vernon, N.J.

The mansion was designed by the prominent New York architectural firm of Peabody, Wilson & Brown for John Wesley Castles Jr. and his wife, Dorothea Bradford Smith, and built between 1928 and 1929. It features beautiful details, such as curved staircases, ornate paneling and elegant moldings, as well as an outdoor pool and pool house. In 1931, the Architectural League of New York awarded its silver medal to Peabody, Wilson & Brown for the firm’s designs of a group of country residences, prominently including Tyvan Hill.

The Trovers and Petrill collaborated on one of the 10,000-square-foot mansion’s 34 rooms to showcase their work, and the trio produced a room that wonderfully illustrated a perfect blend of their specific talents.

“We crammed a lot of high-end tech into one space but were still able to present a calming and inviting room environment. The bold, modern floral wallpaper, soft royal blue velvet sofa, and cozy linen armchair softened the hard lines of the technology we featured,” Petrill began. “Ironically, we were creating a home office/theater/gym/living space which turned out to be the perfect home solution for all that we are experiencing right now with the COVID-19 situation.”

The ideas from the Trovers and Petrill were chosen for this project from among 103 submissions, and they had actually begun their work back in February for what was originally a Spring showcase event. The pandemic delayed that plan, but the integrators/designers were able to return to their work during the summer and finish by the end of August for an early Fall debut.

Rich Trover spoke of the challenge this particular project presented, saying, “When designing a space to create the illusion that your room has been in the house for years, we needed to overcome running wiring in a space that needed to be returned to the same condition that it was in when we began the install.”

The pandemic added additional wrinkles, as he continued: “Using false walls is a big help, along with many other talents our team has had to deal with at trade show presentations in the past. Also, because the mansion event had to happen in September, trying to deal with the public observing over a month-long period, social distancing was yet another challenge.”

The finished Trover/Petrill room was a beautiful blend of technology and design and it was immediately evident from the room’s obvious harmony that this team has been working together on projects like this for the last 15 years.

“Blending the technology with the interior design seamlessly makes the room more interesting and intriguing to the people who come through it on a daily basis,” explained Bev Trover. “The three of us really look forward to getting together on these mansion projects and were very pleased with how this one turned out.”

And of course, when a collaboration works without any friction, the likelihood of a successful outcome is heightened greatly.

Speaking to that collaboration, Rick Trover concluded, “We’ve been doing events like this for many years where we bring tech together with design and work as a team. The goal is to hide the technology, with the automation of these products being as seamless as possible to the viewer.”

Petrill added, “We have created a space where you can work out, you can work, relax, you can watch television and even enjoy a cocktail. Working with the Trovers is always a pleasure.”

Among the many manufacturer products showcased in the room were: 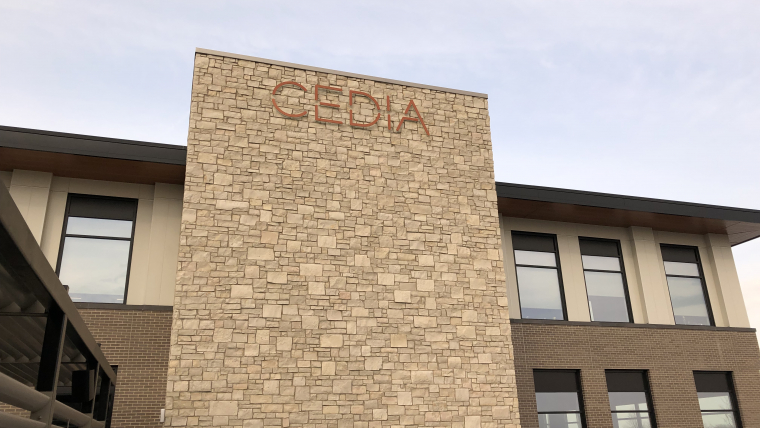 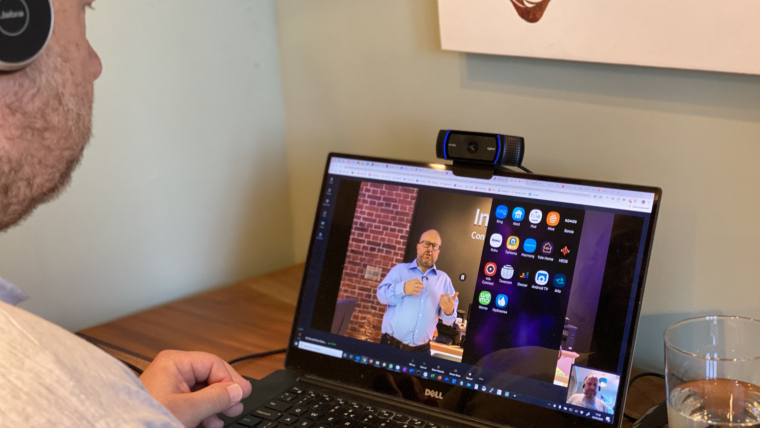 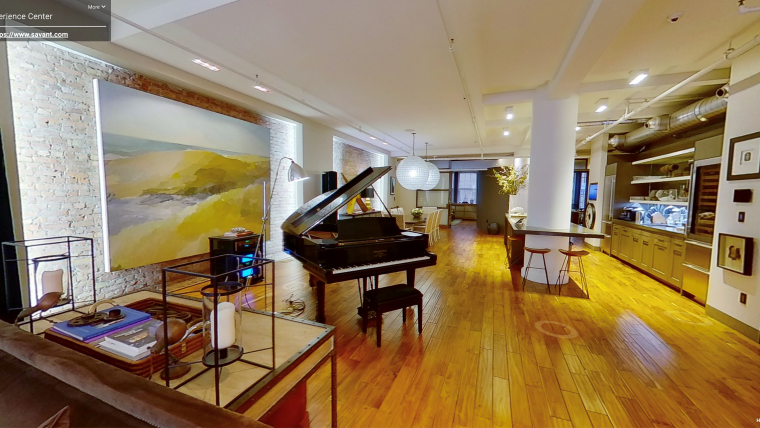