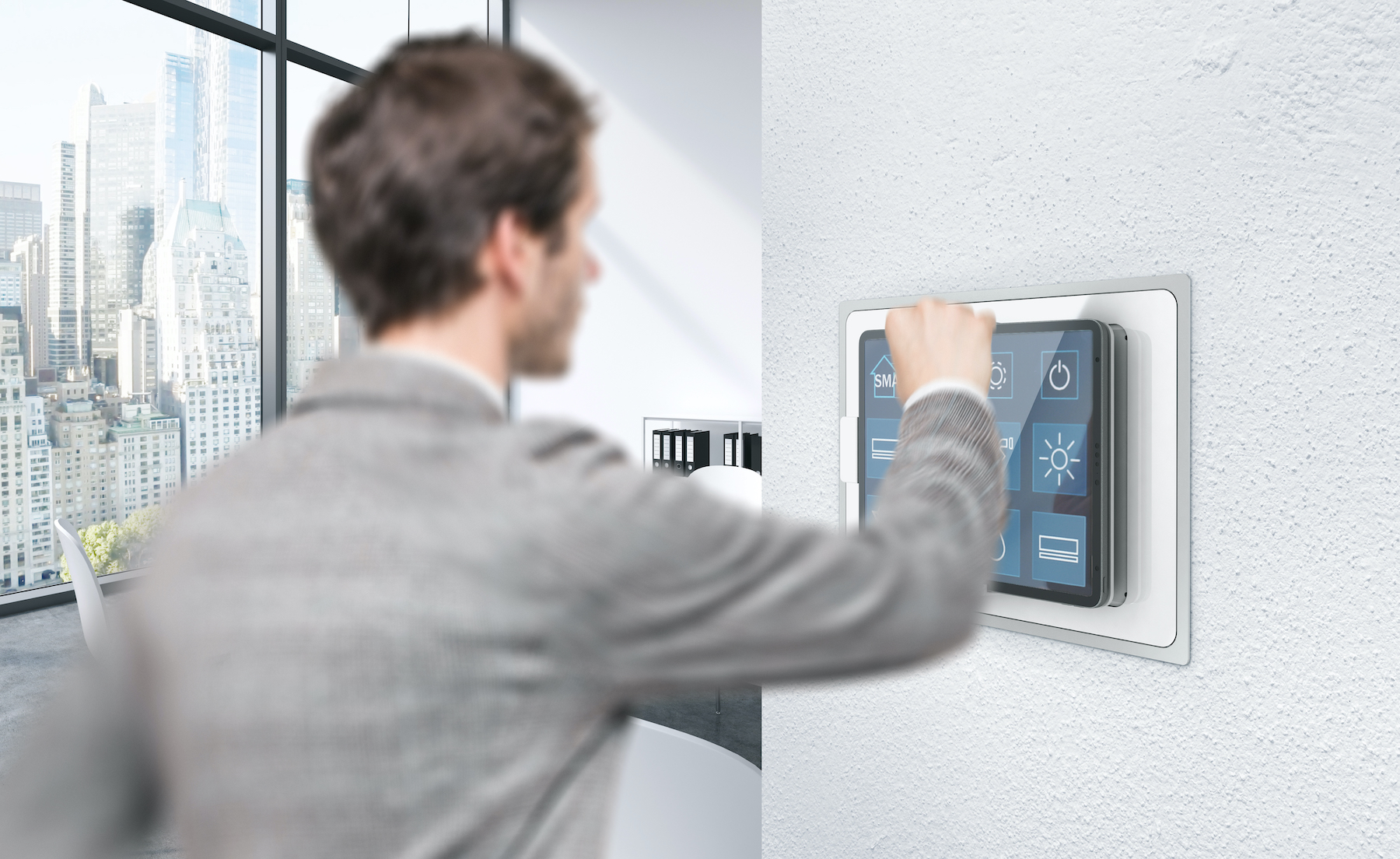 iRoom iO brought its newest wall docking stations to CEDIA Expo Virtual, following its recent merger with Eltako. In the presentation, Chris Lehnen, general manager, noted that the company’s timing was perfectly in sync with Apple, which had just announced its new iPad Air. “In four weeks,” he said, there would be a “docking solution [available] right out of the gate.”

Among the products shown were the touchDock (MSRP starting at $1,299 including back box; shown), its new flagship motorized docking station. It offers high-quality scratch resistant tempered glass for all 10.2”-or-larger iPads, and further, is designed for in-wall flush-mount installation (vertical or horizontal mounting). The touchDock integrates iRoom docking technologies including iPad antitheft protection and hands-free unlocking of the iPad screen through motion sensors, and it further offers code-protected motorized removal when the iPad is needed for mobile use.  With a built-in control processor, touchDock provides AV control independent of the iPad. Smart Battery Management software is built in, to prolong and increase the iPad battery life, says the company. Further, it is compatible with control systems including Crestron, Control4. Lutron, RTI, EnOcean, Savant and others.

The company also touched upon the recently introduced iTop OnWall ($1,099), a universal wall docking station with Store-Charge-Lock and Control for all iPad models and sizes, which is now shipping.  The adjustable, sliding charging connector enables a fit for every model, from the iPad mini up to the iPad Pro 12.9” and its locking structure makes the iTop OnWall safe for multiple users.  Designed and built for simple stand-alone IP control or third-party control systems integration, it has a built-in control processor with a six-button control keypad that works independent of the iPad and will accept and store major control systems’ single commands or macros.  A proximity sensor unlocks the iPad screen or can trigger a control command. The iTop OnWall offers a lightning or USB-C port connection, iPad charging while docked and anti-theft lock protection.  It is available in 10 color combination picks (five Aluminum Base Colors and two Glass Colors).

Additionally, the company showed its iO Smart Control Interfaces (starting at $149), which are designed to turn standard light and shade switches into smart switches that easily connect to Amazon Alexa, Google Assistant, Apple HomeKit and third-party control systems without needing to rewire the house.  The Interfaces are said to be ideal for retrofit or new construction applications. 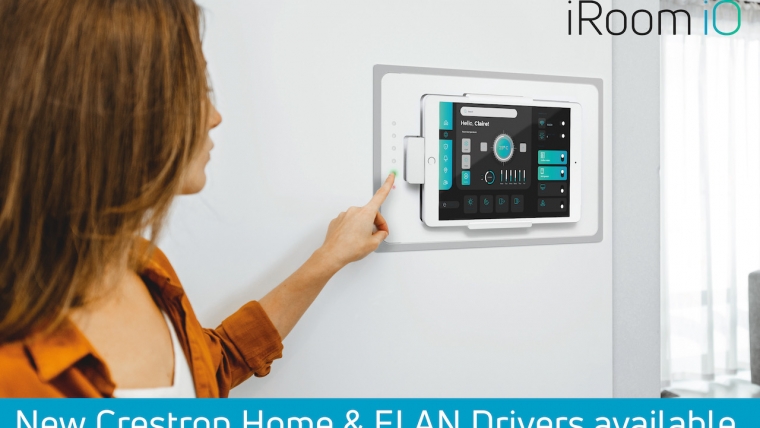 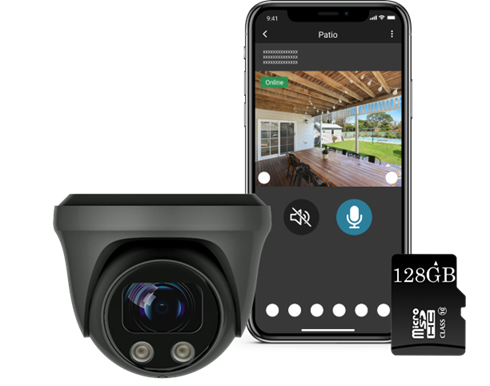 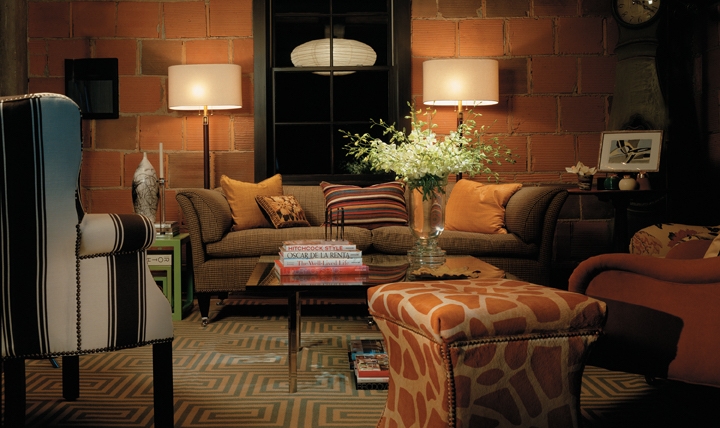