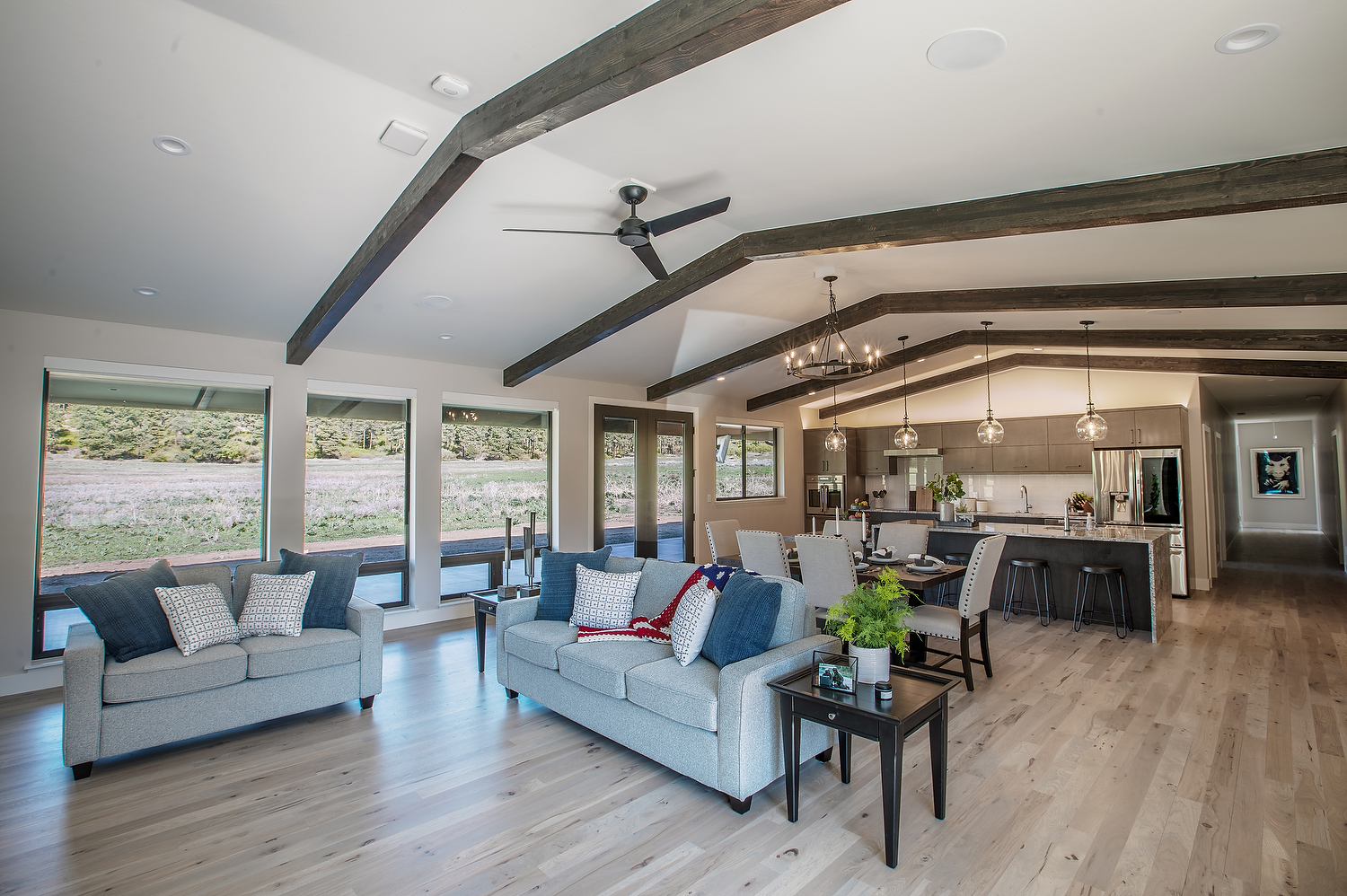 The importance of the utility of consumer technology – particularly voice control – beyond its usual entertainment and convenience aspects was fully proven out in an installation project executed by the Durango, Colo.-based integration firm Louisa’s Electronics.

The installer, who is a Nortek Control/ELAN product dealer, was selected to work on a single-story contemporary home through the builder, who was in turn selected by the Gary Sinise Foundation, a philanthropic enterprise founded by the actor to provide wounded armed services personnel with the resources necessary to restore their independence and mobility.

The home’s occupant, U.S. Air Force Tech. Sgt. Matthew Slaydon, an explosive ordinance disposal technician, was severely injured in 2007 in Iraq while investigating a possible explosive device, losing his left arm and his sight in one eye. So the goal of the installation was to help Slaydon and his family to live as comfortably as possible in an environment outfitted with smart home and voice-enabled technologies while Slaydon readapted to civilian life, easing his daily struggles and helping to support an enhanced quality of life.

“It was evident that voice control would be an imperative to make our world wrap around their world for ease of control,” explained Don Bendell, president of Louisa’s Electronics. The Slaydons had experience from their previous home with DIY Amazon Alexa voice control. “It was already on their radar,” he said. “We knew they had information about it. But then, COVID hit, we couldn’t meet them for a while, and the project was delayed. We had already built some voice command controls for them, but realized at the end that we really needed them to tell us what would work.

“So they gave us a punch list of better voice control commands that would be of value to them. For example, Matt wanted the ability to control lights and shades. And thermostat control was a priority.” Other amenities worked into the grand plan by Louisa’s was outfitting a media area off the living room where Slaydon could control audio, play music and communicate with the home’s DISH satellite network.

Luckily, he was open to suggestions for tweaking the system. “Matt is a super-strong individual with limits – but to him, there is no limit to what he can learn and do. He is so proficient, and he makes it all happen within his world. Our job was to give him the fundamentals of how to do it.”

Voice control, Bendell said, is simple in concept and in the basic way it works. However, this system required a good deal of tweaking. “Matt has a voice control faucet that’s set up, but you have to know the ‘code words’ for it to work…. It’s an ongoing process that doesn’t happen overnight. We have accomplished a lot, and the Slaydons have helped us fine-tune it even more for their lifestyles.”

Continued Bendell: “The objective involved building the infrastructure, shaping it around his needs in voice control and having Matt and his wife build out the list of commands and code words on a document that they can study – and that they can refer to for things that they may not need to use every day.”

Bendell is proud of his achievements in this particular project. “We do a lot of smart homes, but not even related to smart home for me, the proudest moment was that, in being a part of the Gary Sinise Foundation community, we saw an objective met for one of our many veterans – being able to touch his life in ways we’d never seen individuals touched with new technologies… stepping into their world to make it a little better for them.”

Bendell noted that at the open house the Foundation held after the project was completed, “I was taken aback by the hundreds of people who showed up – that was very emotional, and a real highlight of the project. Our veterans put a lot out there in their sacrifice, so it was pretty heart-warming to see that.”

Bendell adds that the project served as inspiration for him to update his own showroom. “One of the things we want to move forward on in future is doing more voice control, to show it – since it is really the future of our technologies.” 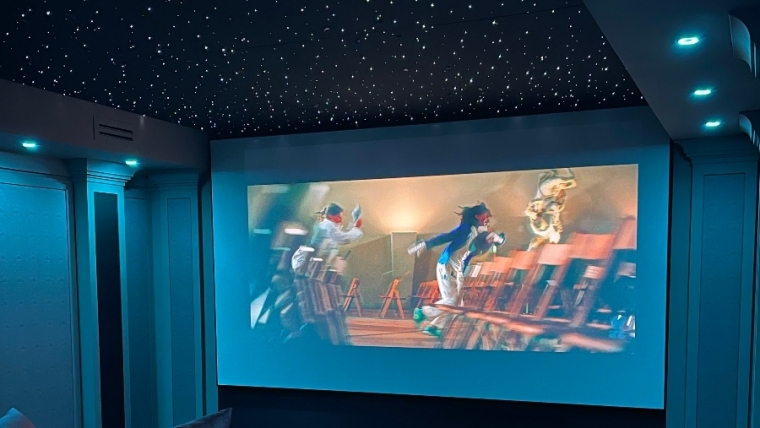 Simplifying a Ferrari-Like System in a Smart Home Theater 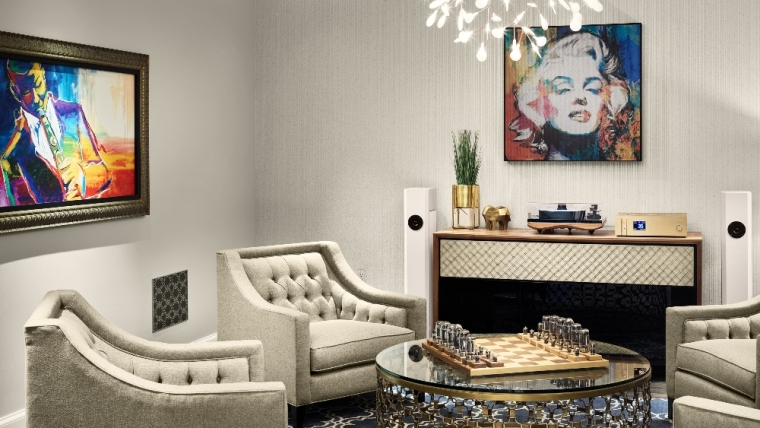 An Insider’s Look into the GoQAV Showroom 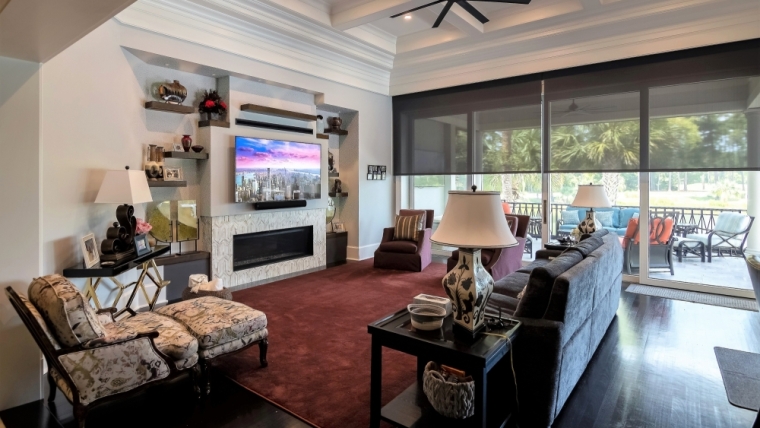