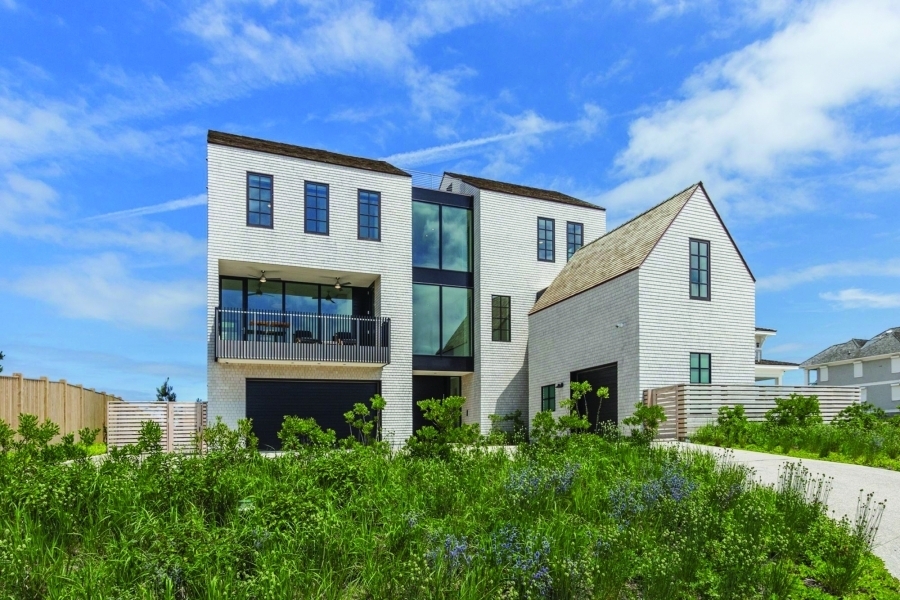 The Annapolis, Maryland based AV integration team from Atlantic Control Technologies was summoned to a Rehoboth, Delaware beachfront property. Sitting on the Atlantic Ocean, the home was designed by renowned architect Robert Gurney, whose modern creations are distinctive, progressive and aesthetically brilliant.

As an oceanfront property, it was intended to be a recreational vacation destination for the family. Thus, says the integrator, the technology in the home needed to be both fun and functional, and rugged enough to stand up to extreme climates while also adhering to the strict aesthetic demands of the architect.

The home has a mixture of traditional and modern elements that blend beautifully with their environment. When viewed standing on the property itself, the looming presence of the home is capped by traditional roof lines and cloaked in traditional materials like cedar shingles and teak woods that give the home an unusual warmth. These elements are tastefully joined with more modern ones like large, expansive windows and minimalist adornments that, when viewed from a distance, provide the separation from its more traditional, cottage-like peers.

The client who commissioned the work did so out of an affinity for modern architecture, and indeed, has multiple residences designed in a similar style. As such, aesthetics were a primary motivating factor in virtually all decisions made for the home.

One example of the caliber of technology chosen for the home that fits all of the homeowner’s criteria is the DoorBird IP entryway system. This minimal-looking product with a brushed-aluminum finish looks great and allows the client to be able to allow entry to the home, view the entryway via an onboard camera and to communicate by intercom as well, making it the perfect choice over its plainer-looking competitors. Another example is the precisely engineered TV mounts by Future Automation. Chosen for their dexterity, ease of manipulation and brushed aluminum finishes, they have a very modern, almost industrial look and an industry-leading functionality.

A definitive testament to the fact that this is a home whose connected design lives to serve its outdoor-loving residents is the rooftop deck. It is there that visitors have a choice of viewing Séura’s 85-inch Storm flagship TV, or watching entertainment from an Epson projection TV system.

Séura’s TVs are not only engineered to be extremely high-performing in outdoor conditions, but have aesthetic features like chrome finishes to make them striking to look at even when turned off. The outdoor TV sound is enhanced with the use of an outdoor-rated James Loudspeaker soundbar offering left-, right- and center-channel sound. The soundbar has been custom-tailored to the width of the TV, and its cabinet design, of all-aircraft-grade aluminum, makes it suitable for exterior applications, and even for use on boats. PlanterSpeaker’s Piermont 17 outdoor speakers are also a perfect aesthetic fit for the outside, made of reforested slatted teak.

The projector setup on the rooftop is ingeniously mobile, with the screen and projector stored in a climate-controlled area. When desired, the screen mounts in the same place as the Séura TV, and the projector sits on the furniture in front of the screen, ready to show images on a fully automated, battery-powered screen that clips to the front of the TV enclosure. The projector receives its audio and video signal from the same components as the outdoor TV, and makes use of the same soundbar, planter speakers and subwoofer.

Moving back inside, automated Lutron Sivoia window shades throughout the residence provide a simple and smart way to control the light exposure pouring in from the floor-to-ceiling windows that offer panoramic beach views throughout the home. They can be easily drawn in daytime, for when the residents want to watch entertainment on the Sony ultra-large-screen 4K TVs.

Atlantic Control Technologies has elevated the coordination of installing and concealing all of this electronic wizardry to an art form that is both technical and beautiful. This art form involves various elements like meticulous documentation, CAD designs, and the use of high-tech touch screen devices for note-taking in the field.

In addition, communicating with the architect, interior designer, lighting designer, client and anyone else who might be involved is done through a complex system of meetings, emails, texts and phone calls. And having the discernment to know what to pass on to who, and when, is a skill that this tightly knit integration team has gained in years of experience and honed to perfection. 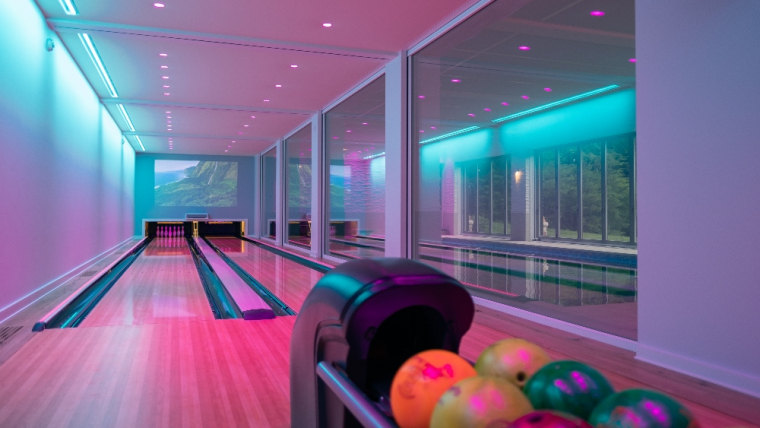 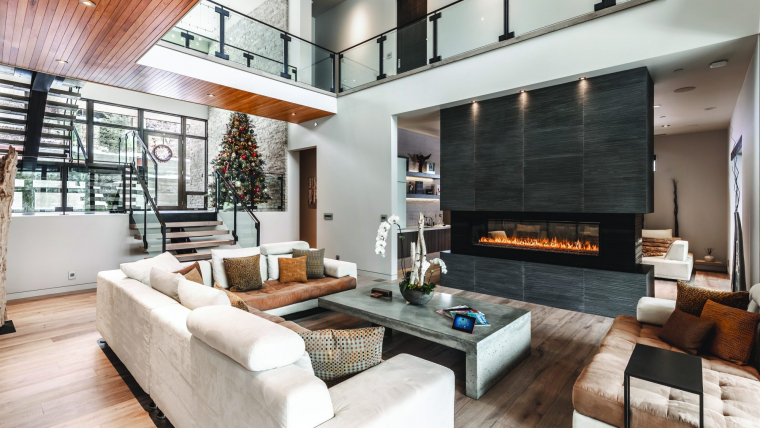 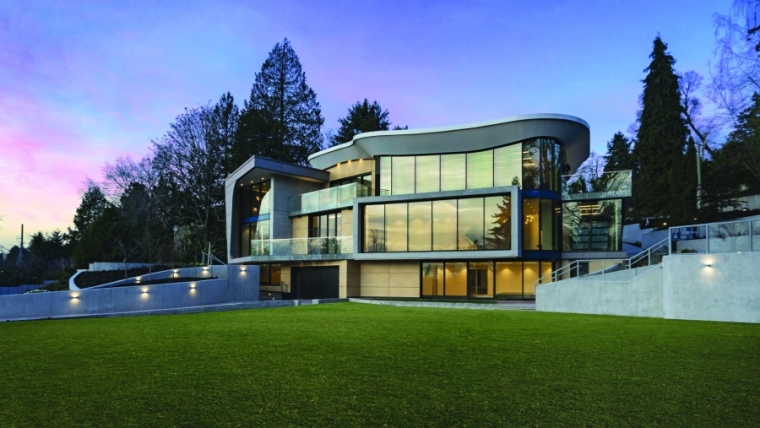 A Home Away From Home for the Technology Savvy