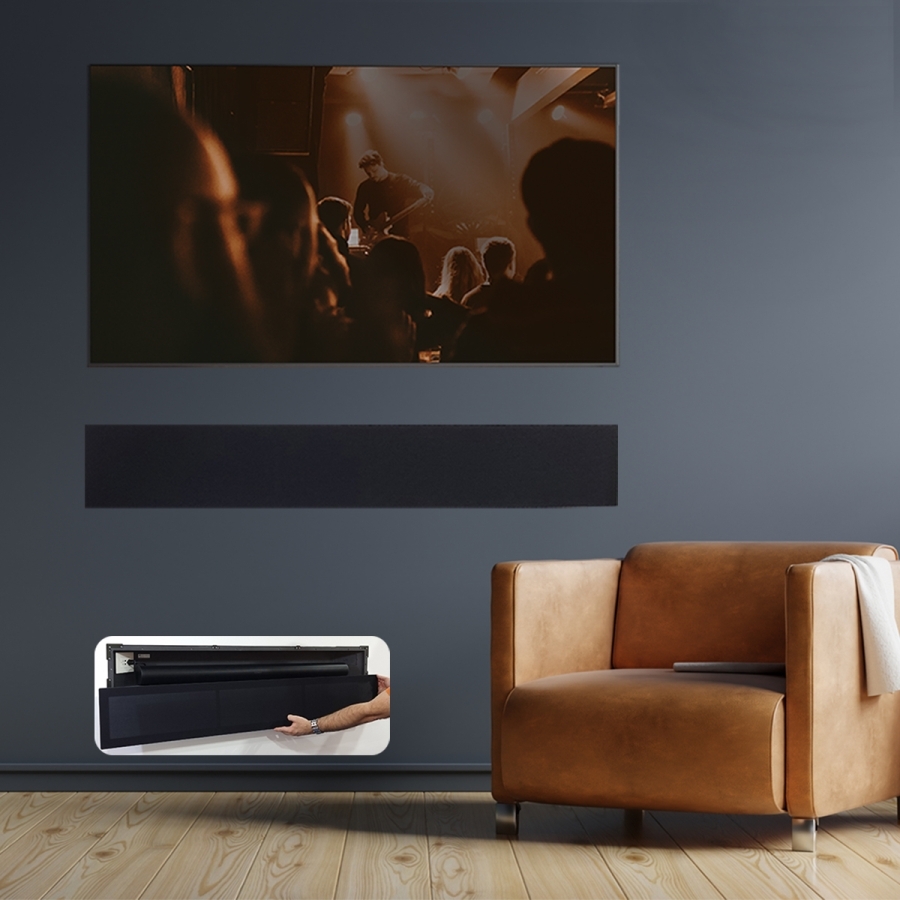 There is no question that homeowners prefer hidden technology these days. Add sustainability to the mix and you’ve got a winning combination consumers are eager to buy. Global research conducted by the Economist Intelligence Unit (EIU) last year (commissioned by the World Wildlife Fund) shows a staggering 71 percent rise in popularity of searches for sustainable goods over the previous five years, with continuing growth during the pandemic. Consumers are paying attention to the choices that they make that impact the planet and are making better ones. So which home technology products, companies, and categories get gold stars for being easy on the earth and the eyes? Here are a few favorites from the field.

“In manufacturing, we often see the worst of the worst in terms of waste and disregard for the environment, and it can be tempting to cut corners to increase margin or for some other benefit, but at SI, we will simply never lower our standards,” said Ryan Gustafson, SI founder and CEO.

While other battery-operated motorized indoor and outdoor shades still use up to nine large D Cell batteries per window, SI Shades use lithium rechargeable batteries, which operate for up to two years on a charge and can be recharged 500 times. When they’ve finally reached the end of their lifespan, they can be recycled, unlike D Cells. On the design front, SI automated shades are easily specified and installed, feature a much smaller housing, are designed to eliminate light gaps and are just fun to have and use.

Sonos packs a one-two punch when it comes to sustainability and helping tech be less visually obtrusive. Offering a software-driven sound experience, users not only get access to a wide range of music, podcasts and other content but also the peace of mind that their system is always up to date. That’s because Sonos was designed to continuously refine its software and provide updates over the air to enhance the experience without interrupting it. That’s not only cool, but it’s also incredibly user-friendly.

On the sustainability front, Sonos claims its hardware “lasts much longer than other consumer electronics,” said Sarah Atkinson, national business development manager at Sonos, citing results from their ‘Listen Better’ report on social responsibility and sustainability. The results of the survey, let alone the fact that they host a website dedicated to the cause, is not only a testament to the quality of Sonos hardware but their corporate culture and commitment to action. Sonos actually has many green initiatives, like endeavoring to be neutral by 2030 and net zero by 2040.

Smart Everything and Superior Sustainability

Savant leads by example with the recent unveiling of its Vegas Modern 001 showcase home, a 15,000-sq. ft. residence designed with concealed technology and sustainability in mind. The home also features the largest residential solar array in the region, a fully automated power panel, as well as Savant Energy’s microgrid technology.

In this design-forward home, the Savant Energy app tracks daily energy production as well as usage, with a full history log by load type. Savant paired with the vast solar infrastructure can maintain operation of the home under normal conditions for up to eight hours or nearly 24 hours if only essential devices are active. Most critically, Savant’s microgrid works day and night to intelligently optimize the consumption of power under all conditions. To conceal tech, “gutters” were integrated into the walls and other surfaces for not only cable runs but to house speakers and other tech so that it’s virtually out of sight.

Over the years, Samsung has responded to consumer demand and has dramatically improved its accountability. In 2017, Greenpeace gave Samsung a D- for environmental friendliness. However, just three years later, in 2020, according to the EPA’s ranking, they ended up using 1,246,201,605 kWh of green power from various sources, which made up 99 percent of their total power use — a dramatic difference to the only 1 percent of their operations used power from renewable energy sources in 2017. They just announced a commitment to plant millions of trees to fight climate change at the beginning of this year, and are now collaborating with Patagonia to keep plastics out of oceans.

As for their décor-friendly products, the company’s “Bespoke Your Home” line has such beauties as this BESPOKE 4-Door French Door Refrigerator, which lets you pick the colors of the four doors to create a more custom kitchen. There’s also, of course, Samsung’s The Frame TV, which I especially like atop the Samsung Studio Stand, making The Frame TV look more like a work of framed art on display in a gallery than a standard-issue TV.

Hide It in the Wall (or Ceiling, or Other Solid Surface)

Do you have tech that you feel good about purchasing but don’t necessarily want to see? Then check out WALL-SMART. This designer and manufacturer of custom in-ceiling, in-wall and in-surface mounts for home technology devices, recently released a stylish enclosure for the Sonos Arc and Beam soundbars. This enclosure gives homeowners and designers an elegant installation alternative to placing the soundbar on media furniture or attaching it to the TV. WALL-SMART also makes mounts for Crestron, Control4, Savant, Apple products, Josh.ai and a wide range of networking gear, voice assistants, videoconferencing and security cameras, tablets, touch panels, keypads, and much, much more.

The bottom line? Making tech less obtrusive and sustainability are clearly becoming even more important to homeowners, and consumers in general, who are looking to buy from companies they believe in and brands are responding. I’ll be searching the show floor for ways to make tech less visible at KBIS and IBS and am moderating a panel session at KBIS about sustainability and the audio recording will be available on-demand at www.design-uncut.com. I’m interested in hearing from you, though. What products and companies do you believe in and why? Have any you’d like me to take a look at and possibly talk about in the future? Drop me a line at katye@kmbcomm.com and let’s start the conversation.

A 25+ veteran of the residential tech & AV integration industries, Katye McGregor Bennett is the CEO of KMB Communications, a boutique communications firm that anchors the intersection of technology + design by connecting brands, buyers, and prospective audiences through creating compelling content and conversation that elevates and amplifies. In addition to co-hosting Design Uncut with Veronika Miller, Katye hosts two popular podcasts, Connecting Tech+ Design and AV Trade Talk. She is part of the DesignHounds influencer group and also serves on the NAHB Custom Technology Work Group, is a strategic advisor in the CEDIA, HTA, and AVIXA communities, frequent contributor to Connected Design and founder of the AV Yoga group.

A 25+ veteran of the residential tech & AV integration industries, Katye McGregor Bennett is the CEO of KMB Communications, a boutique communications firm that anchors the intersection of technology + design by connecting brands, buyers, and prospective audiences through creating compelling content and conversation that elevates and amplifies. In addition to co-hosting Design Uncut with Veronika Miller, Katye hosts two popular podcasts, Connecting Tech+ Design and AV Trade Talk. She is part of the DesignHounds influencer group and also serves on the NAHB Custom Technology Work Group, is a strategic advisor in the CEDIA, HTA, and AVIXA communities, frequent contributor to Connected Design and founder of the AV Yoga group. 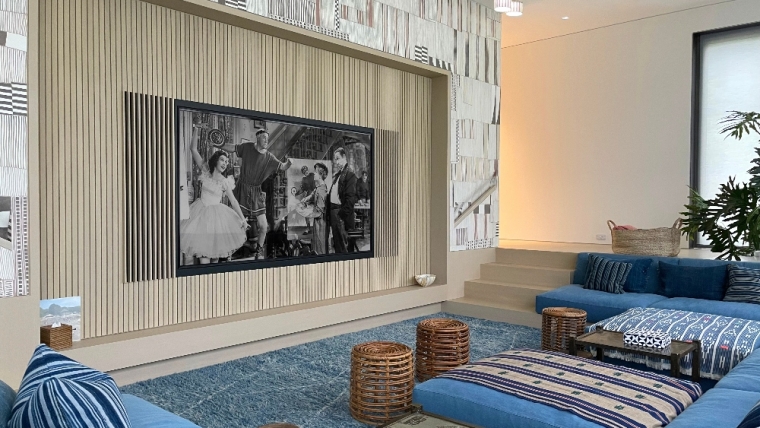 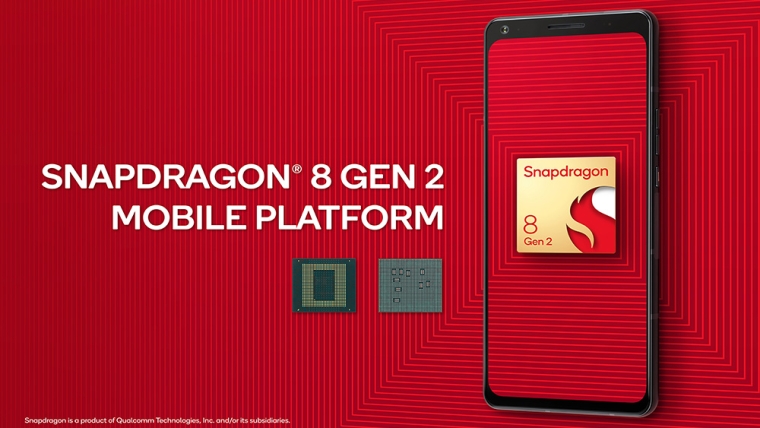