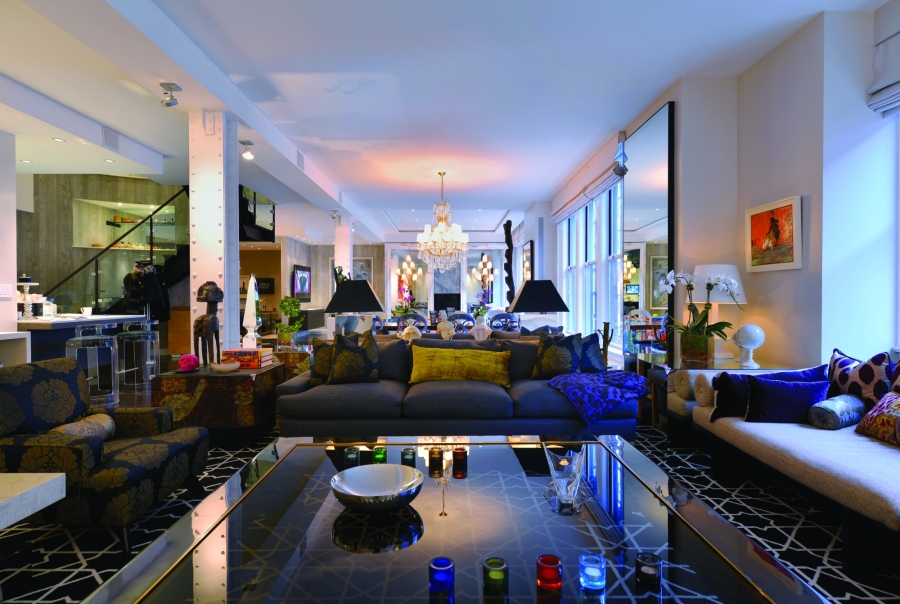 This duplex in the New York City SoHo district was a project that was taken over by Manhasset, N.Y.-based Home Theater of Long Island from the original installer, who had shut its doors, leaving the homeowner in the lurch. “We stepped in as an act of good faith and worked out logistics” with the client, who had already invested money in the installation, explained Nick Tzortzatos, Home Theater of Long Island’s managing director. “We came in, essentially, in midstream, and brought things full circle for them.”

The client, an investment firm executive, had purchased the floor above his SoHo condo, and the construction plan included building a new staircase connecting both floors within the apartments, and a re-do of the entire existing space and added space. The owner was tech-savvy and had a system that was already long in place, but which needed to be brought up to today’s technology standards. “There were volume controls throughout the house, and he was undergoing this enormous renovation, so he wanted to update everything except for some speakers in the walls that we could salvage. He wanted an automated home. He wanted us to completely upgrade, and run all new wires to all the other locations, so we needed to prewire everything, and quickly,” said Tzortzatos.

The solution to this client’s needs, in this case, was to install a full-blown whole-house Savant system along with video distribution, as well as Lutron lighting control and Savant HVAC gear.

New speakers were added as well, and all the equipment was destined for placement in a second-floor clothing closet that was especially designed so that everything could slide out.

Beyond some of the usual obstacles inherent in doing installations in older, concrete-laden New York City buildings – such as getting wires up from the downstairs level to the upstairs level, entering the situation at midpoint posed some additional challenges, since the staircase was in the process of being constructed when Tzortzatos’ team came on board.

Another challenge – which Home Theater of Long Island was able to adroitly navigate because of its long history of expertise in dealing with other trades – was “getting to know everyone already on the project and catching up to where they were,” he said. Also there was the matter of winning over the client, after the initial false start by the earlier installer. “The owner was a very good guy, and it took time, but he saw our intentions were good. Ultimately, it was just us showing up and doing what we said we’d be doing, and coming to weekly meetings. He started feeling comfortable.”

Tzortzatos said the client’s faith in him and his team grew to the point where additions were even appended to the original project. “We ended up upgrading the TVs for him, doing Livewall invisible speakers, and doing a Leon Speakers custom sound bar for the biggest TV; we also added Bowers + Wilkins speakers.” He also tied in the Lutron lighting system, which was installed by the contractor, into the overall control system, and also did some network upgrades and additions of access points.

“The client and his wife were able to use the system easily. We were able to deliver a great experience for the client despite the awful experience they encountered early on during the project,” said Tzortzatos. 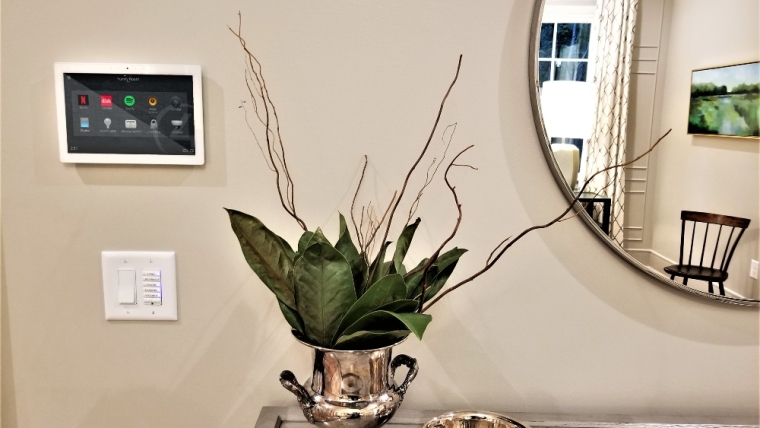 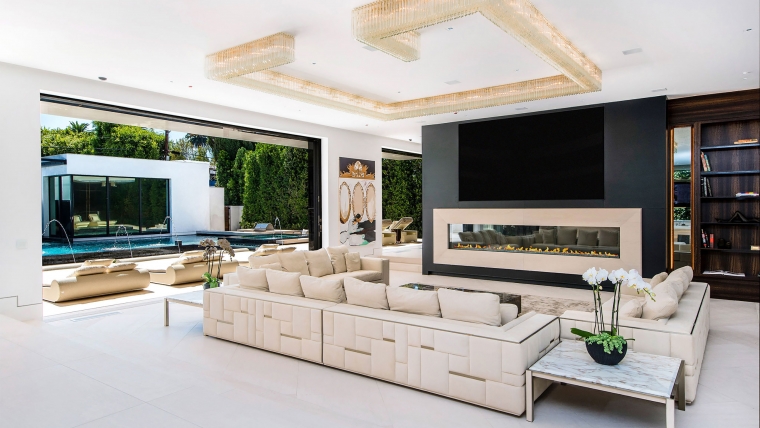 A Fusion of Automation & Lighting Design