Integrators are used to being asked by clients concerned with preserving a home’s aesthetics to hide the workings of their technology gear as much as possible when doing installations. Making it all “disappear” was a double challenge, though, in this unusual, glass-walled home in Upstate New York. It is owned by its producer, an engineer with several patents on glass walls, and for how to span glass over a distance.

“He wanted to do something that was energy efficient and that could hold the properties of the sun into the building as energy,” explained Michael Brander, president of Montgomery, N.Y.-based technology integrator iQuarters. “In the dead of winter, that home hardly needs any heat and in the winter, during the day, it uses a combination of logic to open and close windows to cool the house down when the sun is shining.” Once the building, a two-level structure of around 3,000 square feet, was in place, the challenge the owner put before the iQuarters team was to install the latest technology for both entertainment (he and his family enjoy high-quality movies and audio) and climate control – a daunting request to have to execute in such a transparent structure.

“We sat down with him and went over it and asked, ‘How do you want this to work?’ and then we did all the programming around what his goals were,” Brander said.

“We were tasked with providing the automation behind organic climate control of this energy-rich environment,” Brander said. “So we applied the owners’ vision with the Savant Pro system.” A wood core section down the middle of the structure behind some artwork serves as an area where wires are run.

A series of logic programs control the roof shades, window shades – which play their part in privacy as well as in climate control, motorized windows, and a large fan. Moreover, these ‘programs’ are seasonal and can be manually turned on and off. Also part of the overall climate control plan are individual zones of A/C units that are normally used in RVs but which were adapted for this structure and modified to work with Savant thermostats.

For all aspects of the job, acquiring the right parts and products were crucial to work within this house of glass. Brander had to source roof shades from Europe for the all-glass roof, and then, had to modify the voltage with the step-down converter to adapt the power structure to American standards.

A weather station needed to be installed to accumulate data needed to provide the logic for the home; it required calibration and custom programming. “It gives information on sun brightness and has sensors for rain, because windows have to be shut immediately” if there’s rain detected, so that the windows can shut on their own. “We also needed to integrate window motors that we had not seen before,” continues Brander.

As for the entertainment aspect of this installation, “we combined practical automation with entertainment controls. We feed live broadcast TV, Apple TV and a 4K Kaleidescape system to his LG OLED TV in the living room.” Savant music streams to his In-Wall Invisible line of speakers from Artison.

And there are more add-ons in process, said Brander. “The expansion continues as the customer has installed an extensive pool area that we are integrating our technologies into as well,” Brander said.

“The purpose of this home build was to demonstrate the desirability of a technologically advanced glass home,” said Brander. “We worked with the owner together and now, we can be the provider of these services on other glass homes, going forward. He is marketing this with success and we are currently working on the design of the next home.”

At the end of the day, “We were able to deliver a cutting-edge system for our customer,” said Brander. 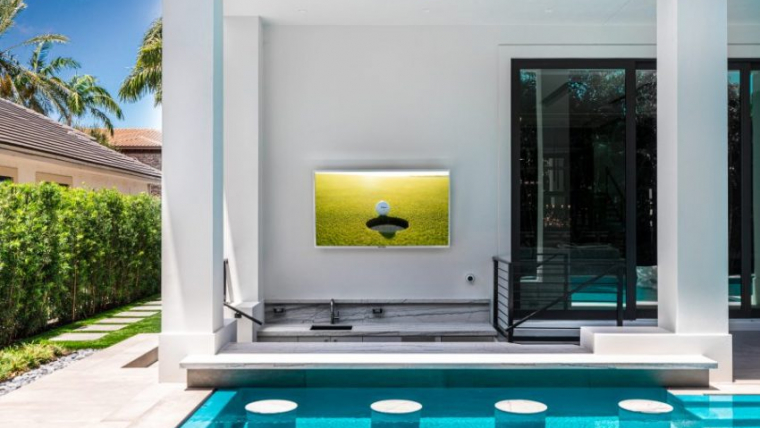 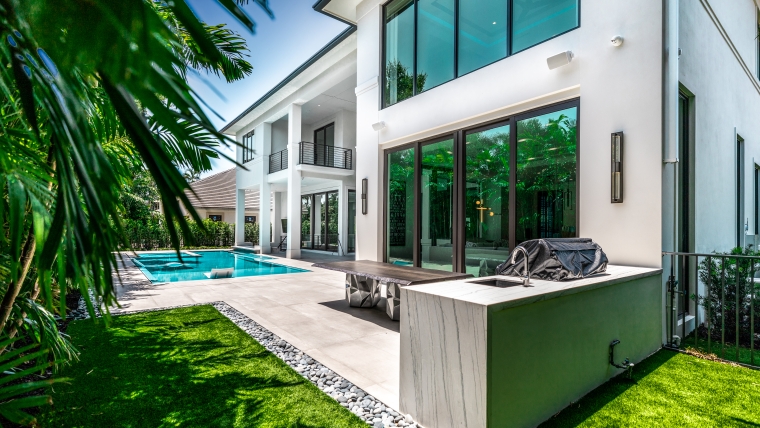 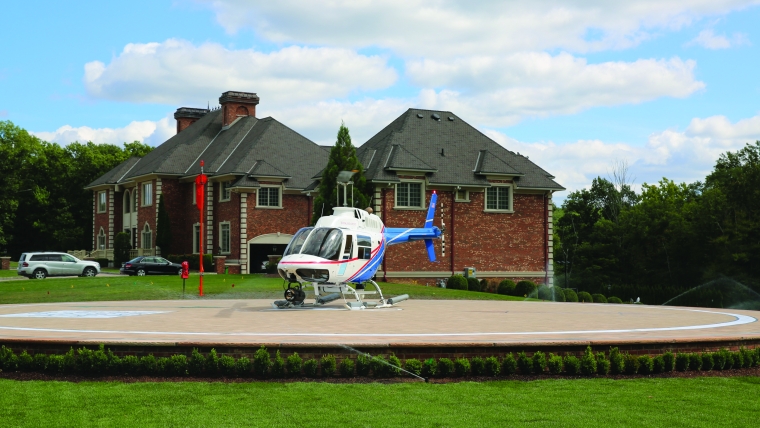